How to dress a page boy

Next How to wear a fall-ready colour palette: navy, fig , camel and white

Prepare for the little guy to steal the show.

HOW TO DRESS A PAGE BOY

PREPARE FOR THE LITTLE GUY TO STEAL THE SHOW

There’s nothing like a page boy to charm your wedding guests and steal the limelight. Page boys originated in the medieval times as young servants to noblemen, but they’re now only really a feature of weddings – and mostly for the cute appeal.

A page boy’s role in a traditional wedding is to carry the bride’s train as she walks down the aisle, but mostly all that’s asked of them is to look the part and be a delight. Most kids find it pretty easy.

The trickier part is dressing a page boy to look smart, coordinate with the wedding party and feel comfortable. Here’s how it’s done. 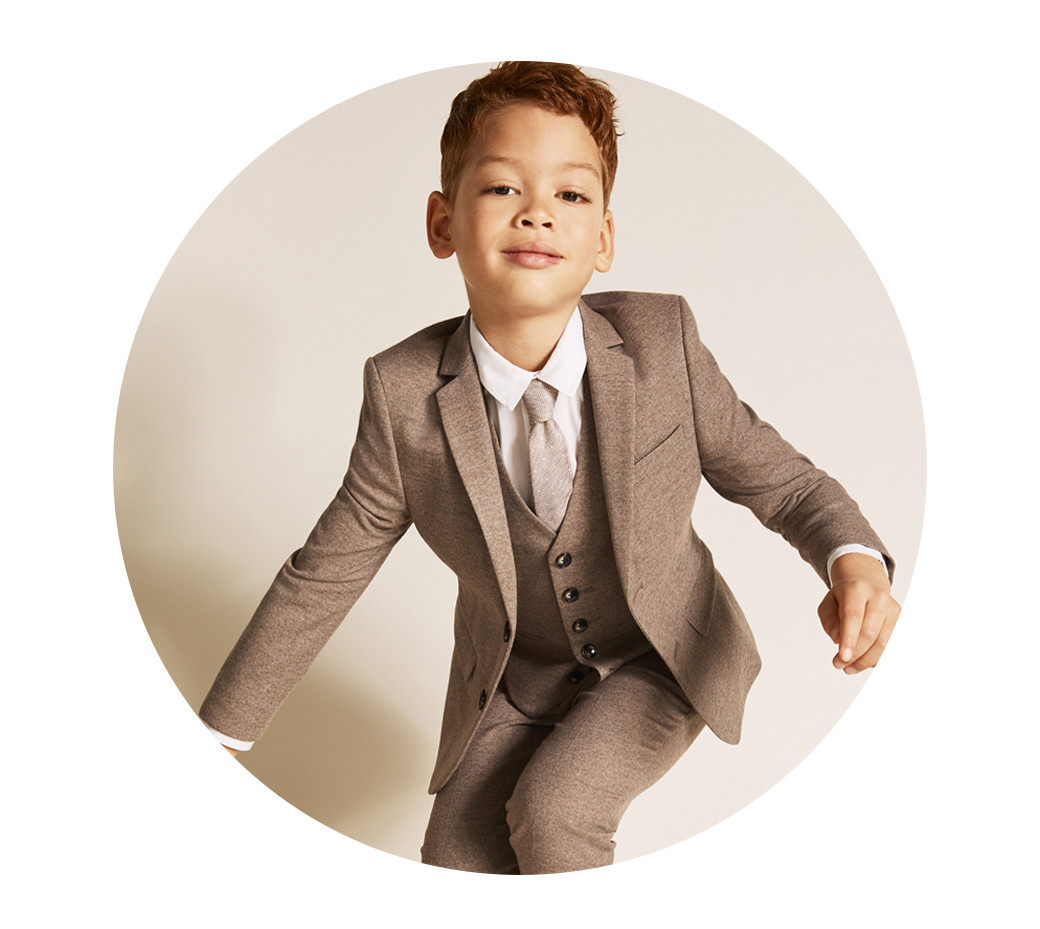 WHAT DOES A PAGE BOY WEAR?

A page boy’s suit is usually the same as the groomsmen’s but smaller. Luckily, we’ve made our bestselling men’s styles available to hire (or buy) for little ones. Tailored to suit his proportions but in a cut that mimics the smart lines of the grown-ups’ styles, they make it easy for you to get the oldest to youngest styled in sync. After something more formal? He’ll look particularly adorable in our downsized tails and kilts.

If he’s really close to the groom, you could put them in the exact same outfit while giving the groomsmen a contrasting waistcoat – that way, he’ll definitely look like the guest of honour. 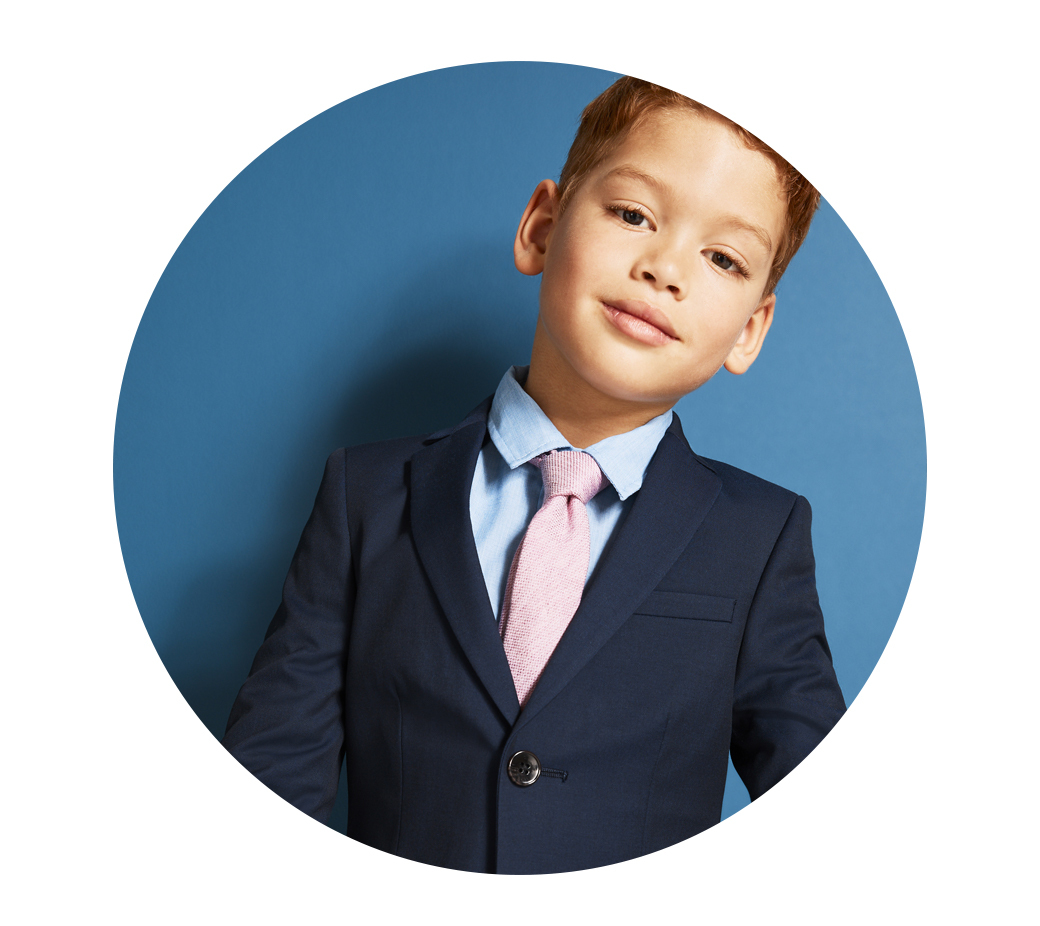 A grumpy page boy is never ideal, so it’s worth taking extra effort to make sure he feels comfortable on the day. Our boys’ suits for hire are cut to give him plenty of room for running around and tearing up the dancefloor. And we’ll do all the measuring to make sure it fits beautifully.

An extra tip would be to opt for a suit with a high percentage of wool as the natural fibre encourages airflow to keep him cool. These suits are generally pretty good at avoiding creases too, which is a real perk when it comes to the photos.

If it’s really hot or he’s not a fan of wearing a suit, you could just put him in the trousers and waistcoat. He’ll still look smart as the waistcoat will keep his shirt in place. Another option is to let him change his shirt and waistcoat to a t-shirt later on in the day.

And don’t worry about him growing out of his suit before the day arrives. You only need to get him fitted six weeks in advance, and we can always do a re-sizing nearer the time if you think he’s grown. 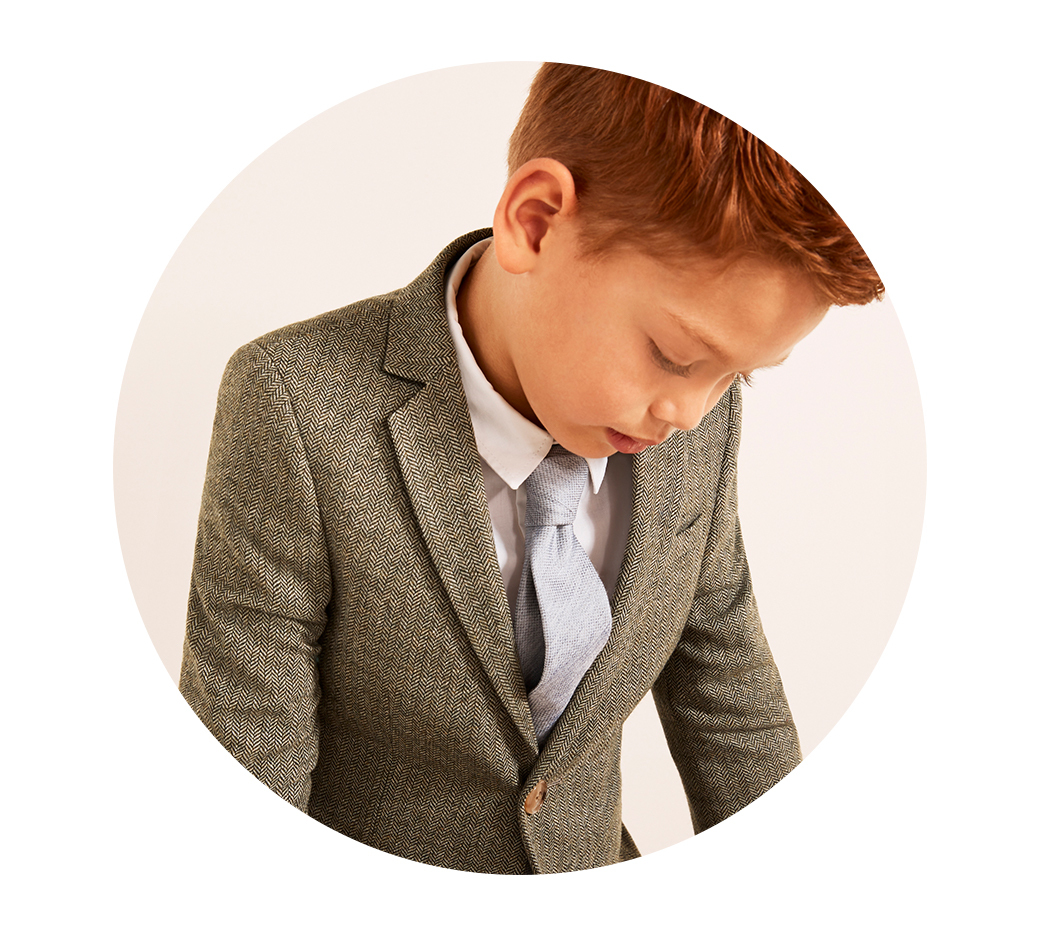 HOW TO STYLE A PAGE BOY

Most people tend to style their page boy just as they’ve styled their groomsmen and being able to hire pre-tied cravats, patterned ties and top hats in kids’ sizes makes this possible. On the flip side, if you want to give him a gift to say thank you, a tie you’ve bought him to wear on the day works well.

You could even let him choose his own accessories (perhaps from a pre-vetted selection) so he feels included in the process. Or maybe just leave it to something like his socks if you’ve already decided what you’d like him to wear.

Given that he’s likely to grow out of new shoes in a few months, you won’t want to spend lots on a pair he’ll wear for one day. See if he already has a pair he can wear (like his school shoes) or consider letting him wear some smart sneakers he can wear again. If you do buy him new page boy shoes for the day, allow plenty of time for him to wear them in first.

If you’re attending a wedding with a youngster, you don’t want to cause a stir by upstaging anyone in the wedding party. Hire a children’s suit for a wedding, ideally in a darker shade that won’t show up any stains after he’s rolled around in the grass or spilt a drink. Take your cues from the invitation as to the colour scheme of the day and go for a different shade so he doesn’t look like the page boy. 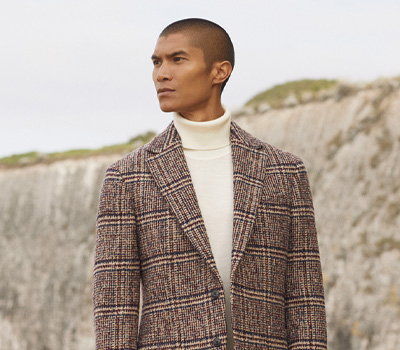 Get ready to inject a little autumnal colour into your wardrobe.
Style How to wear a fall-ready colour palette: navy, fig , camel and white 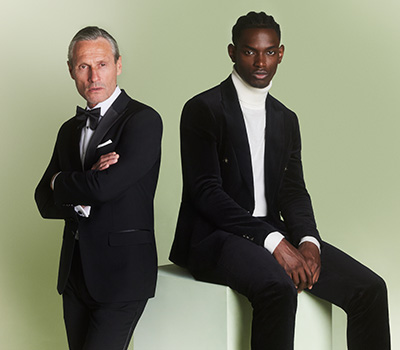 A few helpful pointers for your suit hire appointment.
Occasions What to know before hiring a suit 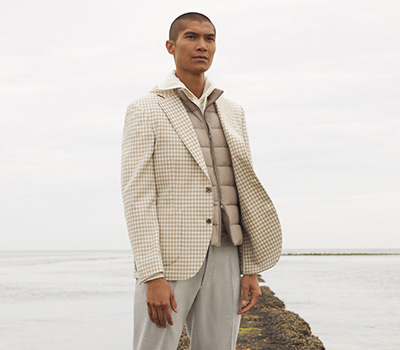 Beat winter at its own game.
Style How to master the art of layering