Previous How to wear a printed shirt
Style

The history of the double-breasted suit

Next How to tie a Four in Hand knot

How the DB returned to form. 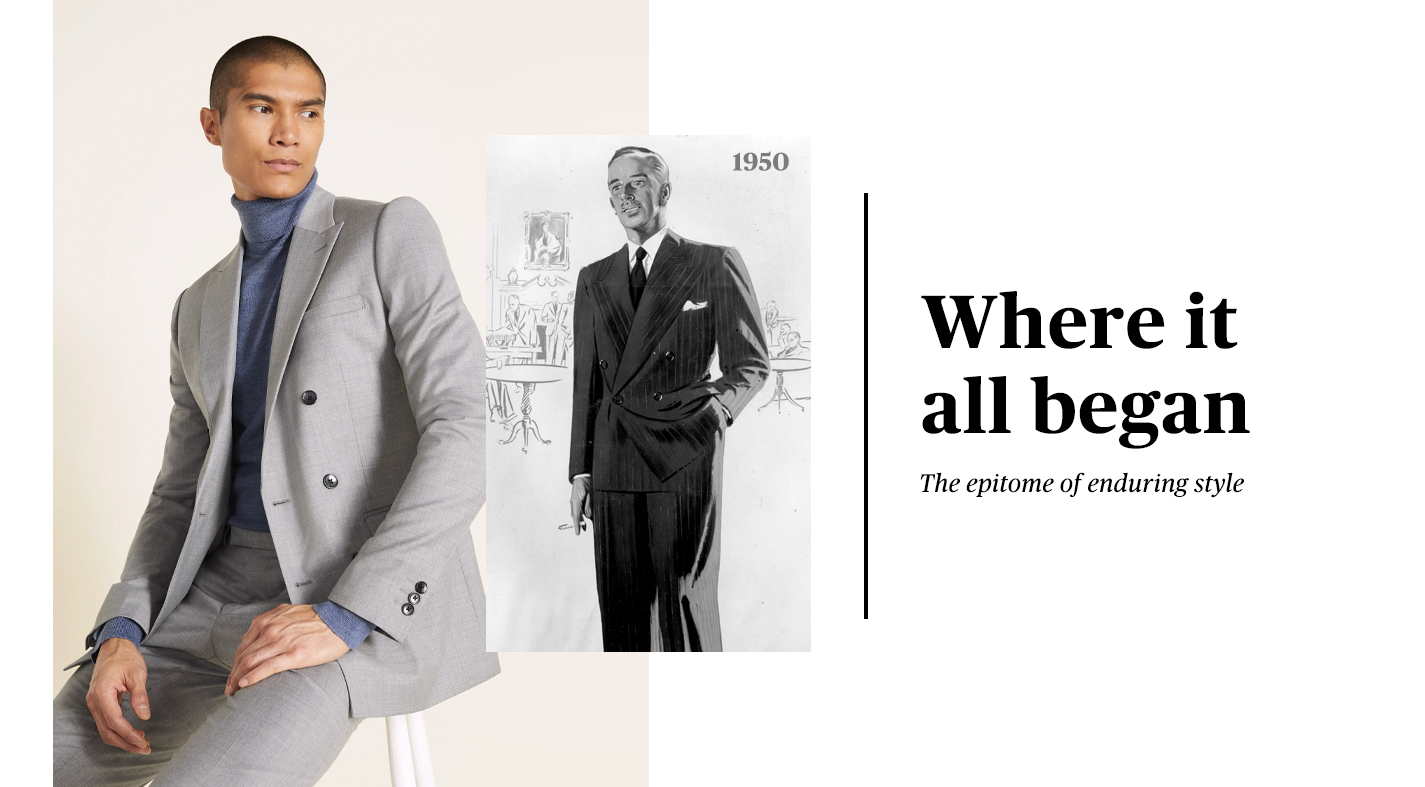 The history of the double-breasted suit

The double-breasted suit is a true classic. It has adapted to different trends through the decades, proving itself as an enduring symbol of MENSWEAR.

Double-breasted suits may have fallen out of favour over the years, but now they’re back leading the charge as the suiting shape to be seen in. Frame-defining cuts, great cloth and a new relaxed take on how to wear them make them better than ever, but they still reflect their long and storied heritage.

Here we unpick how these iconic suits have matured over the years.

WHERE IT ALL BEGAN: FRIVOLITY 

When we first started tailoring suits in the latter half of the 1800s, double-breasted suits were the casual offering compared to formal tails. Taking inspiration from the naval reefer jacket (a style like today’s pea coats), they were mostly worn for leisure and sports. In fact, if you’d shown up to the office in a double-breasted suit at the end of the nineteenth century you would probably have been turned away.

Rations on materials during WWI meant double-breasted suits weren’t the practical option. It was a time where frugality and durability had to take precedence over style. Our stores began supplying uniforms for the military while also tailoring suits for leading political figures. The suits and uniforms were simple, resilient and designed to make the wearer look strong and confident.

In between WWI and WWII, double-breasted suits really hit the limelight. Through the 20s and 30s, Britain was enjoying a post-war celebratory mood and people generally had more money to spend. The Duke of Windsor, Edward VIII, started to champion the DB during this time and was instrumental in its rise in popularity as men were keen to emulate his style. With Moss Bros. branching outside of London to become a high street tailor, it gave men across the UK the chance to follow in the Duke’s rakish footsteps with a stylish double-breasted suit, complete with wide peak lapels and cleverly positioned buttons that helped to make men appear taller. 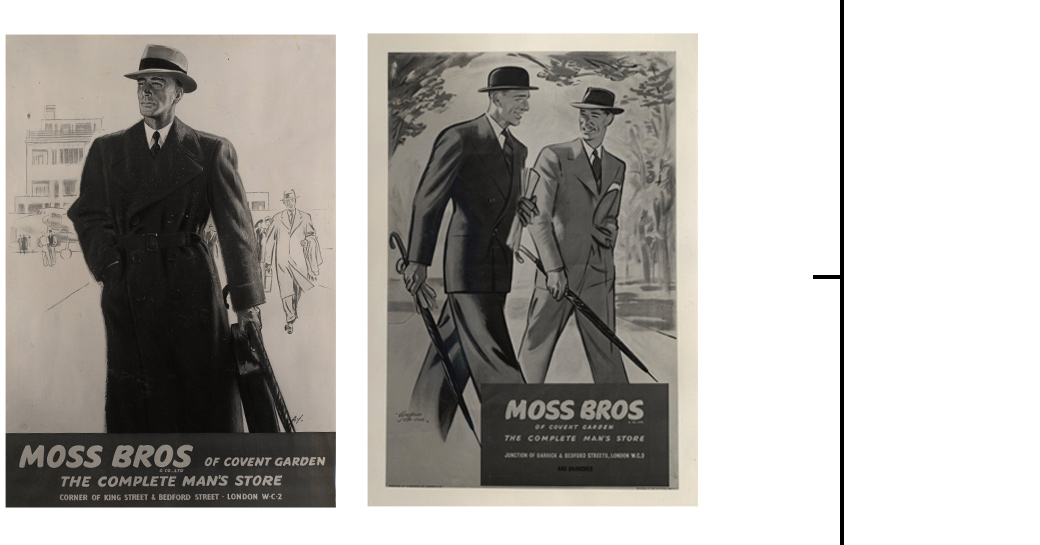 Between the 50s and the turn of the century, double-breasted suits fell in and out of favour. They returned after WWII and then disappeared in the 60s when simplicity was the aim. Look to the 1980s and everything was larger than ever, from pop music to hair to shoulder pads. Double-breasted suits took centre stage, but they were nothing like the ones you see today. They were oversized, had huge peak lapels and had wide-leg trousers to match. It’s little wonder they went to the back of men’s closets for a while. 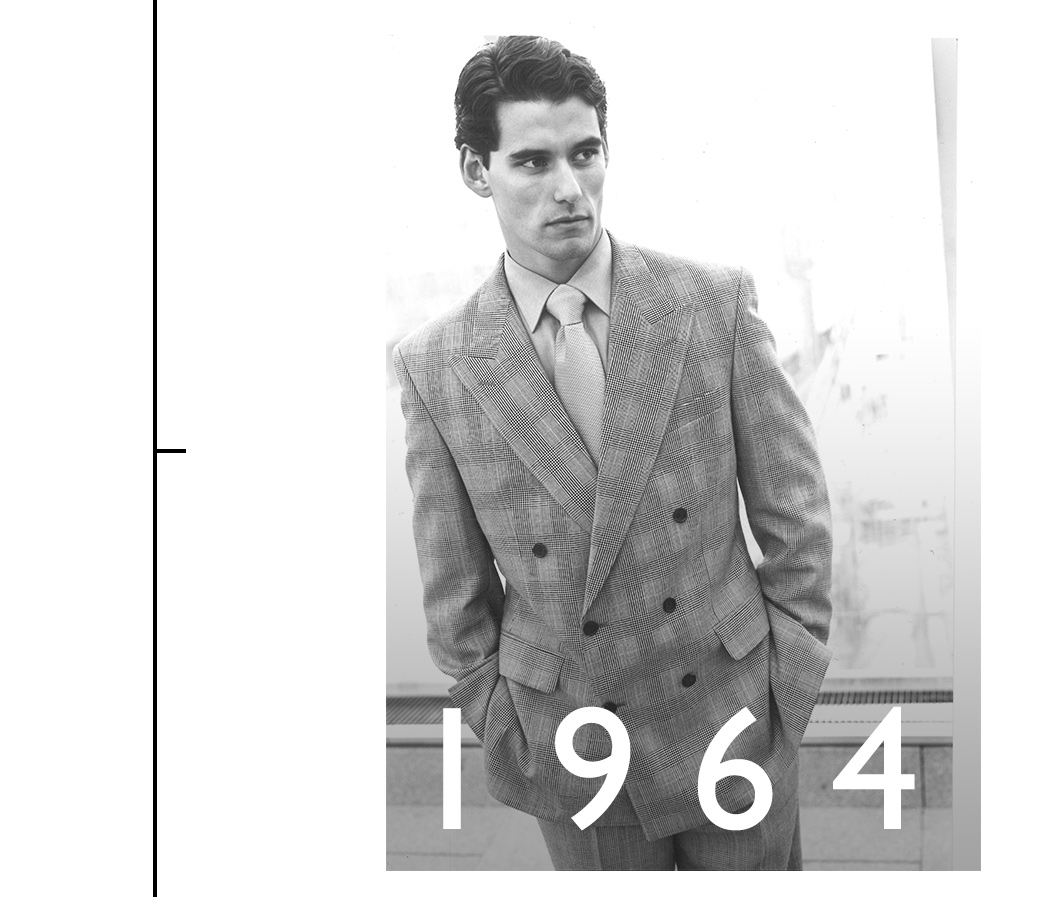 Tailoring has become altogether sharper in the twenty-first century. As part of the move away from larger-than-life aesthetics, suits have returned to their finest form. Today’s double-breasted suit is part of that movement, taking the best of the DB in its heydey and updating it with more natural shoulders, lighter construction and an all-over trimmer fit to suit how men dress now. 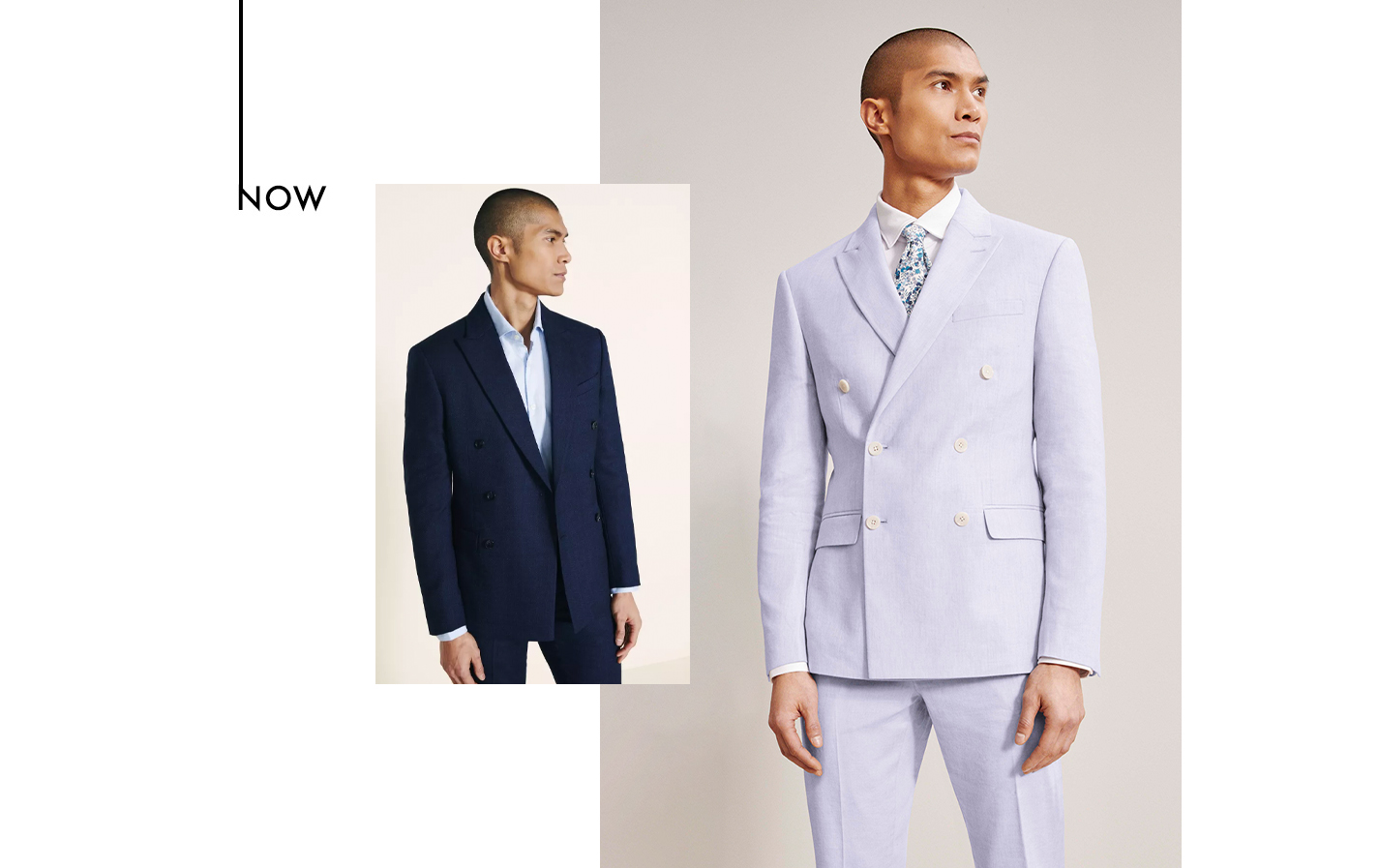 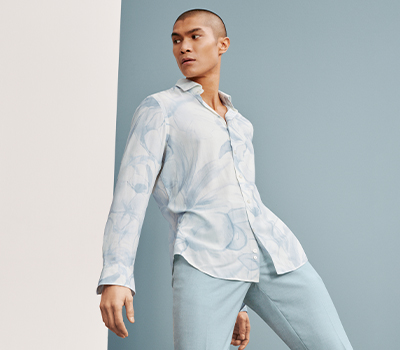 Because prints and patterns are big news this summer.
Style How to wear a printed shirt 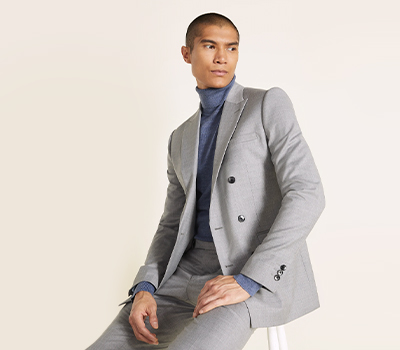 How the DB returned to form.
Style The history of the double-breasted suit 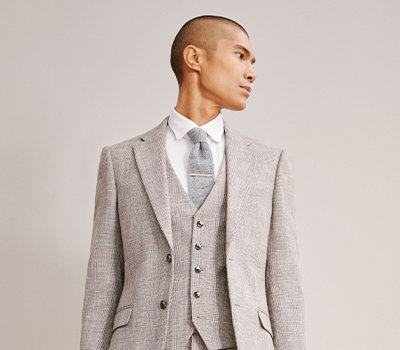